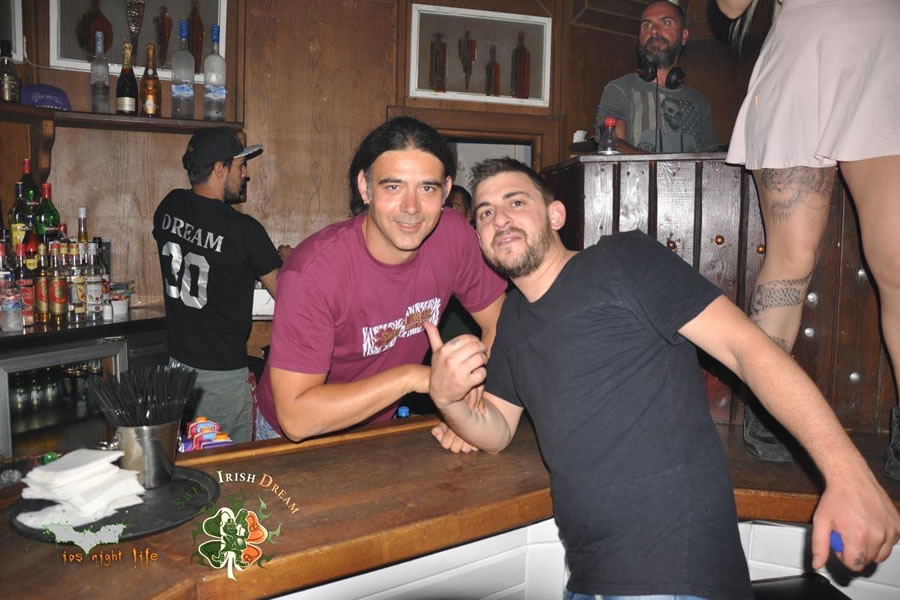 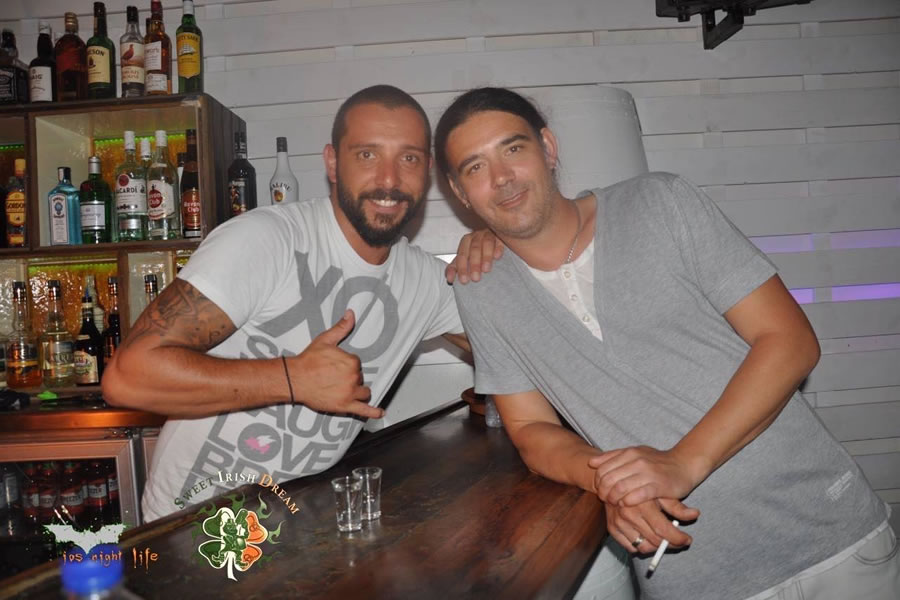 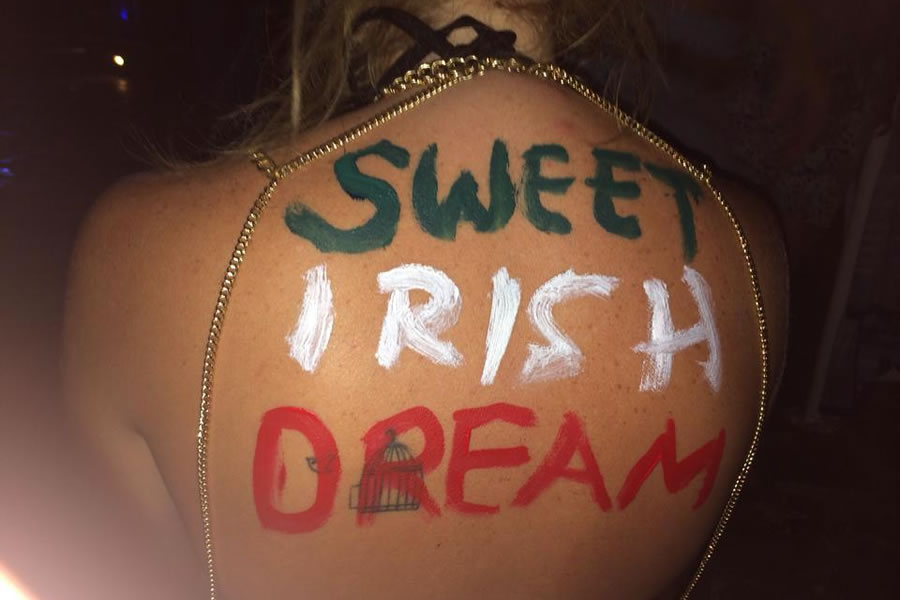 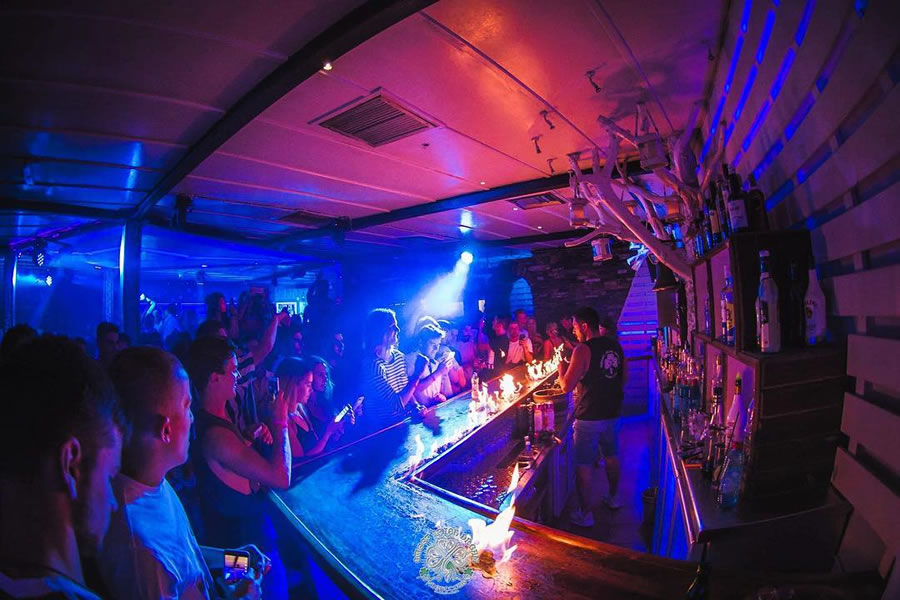 1. Manolis, where are you from and when was the first time you came to the island of Ios, and why?

First of all I want to thank you guys for this interview. My name is Manolis Katsavis. Although my origin is from Ios I grew up in Athens and have been spending all of my summers in the island of Ios since my early childhood. That has continued until today where in the last couple of years I have mixed the pleasure with business.

2. Tell us about your Ios work career, how did you end up managing one of the most iconic clubs on the island? And for how long have you been doing so?

My work career started in summer ‘97. In the beginning I have been working various job positions. Through the years I have had the chance to work with people that know about tourism, what the visitors need for their vacation to have fun and a great time in the island. That’s how I gained experience and since 2009 I have had the opportunity to be part of the managing team of Sweet Irish Dream!

3. How has the island and its people changed over the years?

Ios became known as a tourist destination in the early 1970’s. The main person responsible for this situation was Metropolitan Gortynis who in fact expelled the Hippies from the Matala of Crete because the number of divorces in the area had increased alarmingly. Following this decision, the Hippies moved to Ios which became known worldwide. Since then the island has had many positive changes. There were enormous investments in the infrastructure of the island, including hotels, bars, clubs, restaurants, roads etc. In general the quality of life has become better and more demanding, so from the Hippies time now the island nowadays can offer to every visitor almost anything.

4. Do you have any nights in your memories, that were crazier than all the others? Tell us more about it.

Oh, I have many crazy nights on my mind. In the past the island had the problem with the electricity power, and there were some nights that we had total blackouts that lasted many hours, sometimes even until early morning. That night was one of the “black out” nights and all the nightclubs and bars had to close, therefore all the tourist were out on the streets. Among all the clubs in the island, there was only one that had a generator and remained open. From word of mouth the news spread fast, which led to a stampede, gathering all the tourist into the one bar. Can you imagine the crowd of people gathered inside and outside one bar? It was like an open festival, just amazing!

5. What do you love most about your job, and what are the downsides?

Well, the best thing is always the people you meet and the memories that you share afterwards. Through the years I have certainly made good friends from various places around the world. It is also worth mentioning the pleasure working with my team, with positive energy intertwined with the special bond between us, both in the relaxed and in same time crazy atmosphere in the club. Regarding the downside, as every job I have to take care that everything is done smoothly and the customers are having the best time of their life, that sometimes is quite stressful.

6. How long have you been working with LIABP and what is your relationship with them?

It is always a pleasure working with the guys and rest of the personnel from LIABP. Our cooperation dates since 2012, during which years we organized events and strive to provide the best service for their customers. After many years working with Rene, Nick and their crew, our collaboration is based on friendship, honesty and authenticity.

7. What are you doing in the off season, where and how do you spend your time?

When summer season comes to end I return to Athens where I spend all my time with my family mainly and friends. Only your family gives you a ton of relaxation after a stressful and tiring summer. But I also think about the coming summer ahead and how we will present new things so that we can be competitive with new ideas to face our customers' expectations.

8. What would you say makes Ios special, and why should people travel to the island?

Ios is a magical Island being in the same time the perfect place to have endless party and relaxed holidays. It is actually up to the visitors to decide. Surrounded by beautiful sandy beaches, crystal clear sea and tasty mediterranean food, Ios is definitely a place to spend your next holiday.

9. Are you ever going to cut your hair, or will you let it grow until it reaches the ground?

Hahahahaha!! This is a nice question. Actually I haven’t thought to cut my hair yet but I’m sure that day is not far. Ok let me put it this way: I challenge Rene to cut his long hair first and I will do the same afterwards...