The Irish Lads & The Danish Beauty in Ios, Greece 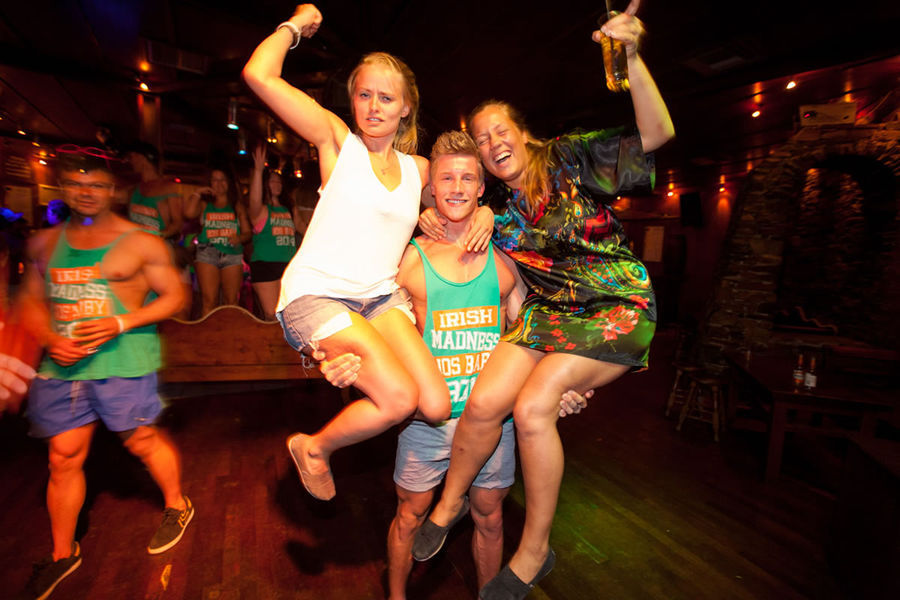 "It started out with a fisk, and then it ended like this"... is what the lads kept chanting especially during their last few days in Ios (melody taken off "The Killers" - Mr Brightside).

That is also because when they arrived they didn´t know what a "Fisk" was!

It was on their first night out when Gary (LIABP Rep) suggested to the group of 9 Dublin boys to try this "weird shot from Denmark" called Fisk.

Little did he know (and all the bars) that this would launch into a day to day Ios tradition for the group, which would get the bars in trouble.

They soon agreed that "we are not going to drink anything else". Instead of pints, cocktails, glasses or shots which are the usual orders on a night out in Ios, the bartenders only heard from them was "bottle of Fisk please".

All they needed was a table close to the dancefloor, a bucket of ice and a bottle or 2 of Fisk. The consumption of this Danish beauty caused many fun nights out, a few crazy stories and a final tally of 93 bottles at the end of the holiday.

Bars ran out of Fisk and had to run to stores or other bars to buy bottles to fulfill the orders. It was unheard of in Ios, and the word spread quickly.

The Irish lads had made a name for themselves. But, obviously the holiday was not only about the Fisk.

"We are now planning to start a business and be the first company to import Fisk from Denmark To Ireland, we will take over the market" says Carl Whelan.

Callum added "I was slightly sceptical at first, because Ios was not as known as some other places, but when I watched the videos from Life is a Beachparty of the previous year I was so excited as to what I was getting myself into for two weeks.

Stephen Caffrey added "It is hard to explain if you have never been but Ios is just very different. There are so many restaurants on the island, serving amazing food & drink that really made Ios a step above other party holiday destinations I had visited before. Ios also boasts so many different nightclubs that it caters to everyone’s individual taste. The vibe between people is great."

This group of 9 Irish boys coming out to Ios in august 2018 is one the team of LIABP will not forget.